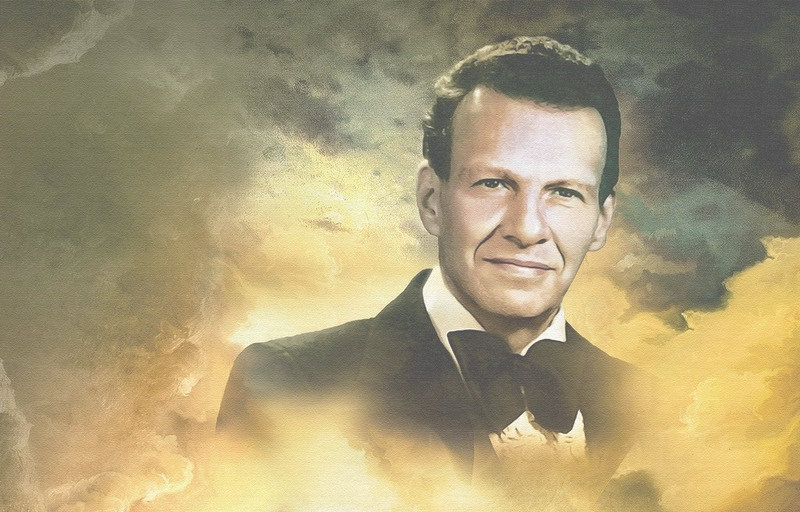 The strength and glory of that great BEING whose sacred and eternal name is Samael Aun Weor, came to us as a lightning in the middle of the night. The esoteric or kabbalistic significance of that name is: 'Verb and Justice of God'. The incarnation of this great soul occurred on March 6, 1917, amidst the rigor of the great world conflagration that took place at the beginning of the 20th century.

In those days, as Europe was bleeding out on the battlefields, the society in North and South America was struggling, theologically speaking, between religion and occultism, with a marked tendency toward the latter. Many personalities who tried to draw humanity toward the paths of the BEING, toward the Real, toward the Immutable, were traveling through North and South America. Among that great tide of researchers, writers, mages, Madame Blavatsky stood out at that time, one of the great pioneers in the metaphysical field, around which were revolving other philosophers and divers in the vastness of the sea of Hermeticism, such as Krishnamurti, Rudolf Steiner and his Anthroposophy, Charles Webster Leadbeater and, parallel to them, there was also a Caucasian character that the world knew by the name of Gurdjieff. All these souls were struggling to make our society understand that it was necessary to go to the crux of the external and internal phenomena that surround us, always in order to try to find their causa causarum and, in the process, to get to know directly our sacred intimate energy, which the hermetic studies have always called our Immutable Truth, our fraction of God in each one of us, in other words, OUR PROFOUND INNER BEING...

Parallel to all this avalanche of esoteric aspects, here and there were some alleged orders that described themselves as descendants of the ancient Knights of the Temple, and now they were dressed in the garments of the ancient Rosicrucians or Freemasons, who emerged from that attempt of resurrection of the eternal truths since Valentinus Andreae published, in 1600, a pamphlet that spoke about those enigmatic adventurers. Likewise, competing with all these trends, in France emerged a character named Alan Kardec who, at that time, was showing people the possibility to communicate with the dead, and therefore, he got to write THE SPIRITS BOOK. Kardec had his best exponent in a South American lady named Amalia Domingo Soler who took the phenomenon of Spiritism very seriously, getting to write several books about the truth or fantasy of existence in the afterlife.

This entire panorama, dear reader, was floating in the atmosphere of American and European citizens. However, it always happened that everything was ending up in the realm of suppositions or theories. In reality, very rarely did mankind find, so to speak, the true hermetic path capable of taking the human being up to the gate of the Eternal.

When the young Victor Manuel Gómez Rodríguez –who would later be known as V.M. Samael Aun Weor– began to take his first steps during infancy, he recounts that he was perfectly aware that, once again, the force of destiny had brought him into the three-dimensional world, and he also tells us about the myriad of phenomena that he perceived at his tender age, such as seeing the soul of people abandoning their bodies when they slept, or that healthy habit that he shared with his little friends: sitting in front of a wall and fixing his eyes on it, trying not to blink, in order to start to see the elemental creatures of Nature, that is, the essence or soul of trees, of animals or the animic spirit that animates the four elements: air, fire, earth and water, etc., etc., etc.

Reaching adolescence, that Bodhisattva –then fallen– began his journey through all those schools that spoke about the extrasensory. Like this, at the age of eleven, he had known Spiritism and its phenomena, at eighteen, he had, moreover, received his diploma as a representative of the Theosophical Society, and then he met the Rosicrucian fraternity, which was, at the time, presided by Dr. Arnold Krumm-Heller –V.M. Huiracocha–.

However, that young investigator, tired of vain intellectualism, preferred to surrender into the arms of meditation, and this was the channel that put him into direct contact with the most holy Aun Weor, his particular Atman according to the Hindus, or Intimate according to the Theosophists.

Once established the direct contact with a part of his GREAT INNER REALITY, this Titan began to first write opuscules that dealt with the possibility of traveling in Astral Body, or about the possibility of putting the physical organism into the Fourth Dimension, a phenomenon that is called TRAVELING IN JINN STATE. All this was accompanied, dear reader, by practices that the one interested could perform in order to verify the veracity of his teachings. Thus began the journey of he who would later be named Avatar of the Age of Aquarius by the legitimate White Brotherhood, which has its Sanctuary in the superior dimensions of space and which any person can visit by using his animic vehicle, which is called, in these studies, "astral vehicle".

To present his incredible teachings, this Hierophant chose to call them GNOSTICISM, because, in fact, it was and it has always been a matter of presenting to the masses the knowledge that nourished the great cultures and civilizations long before the appearance on the face of the earth of the Master of Masters: V.M. Aberamentho –better known by the name of Jesus of Nazareth–. Yes, dear reader, Gnosis already existed in pre-Christian times, but it was intentionally eclipsed by some fanatical religions that proclaimed themselves "official", later becoming persecutors of the original teachings that Jesus himself got to preach in his passage through this world.

To ensure free access for everyone, the V.M. Aun Weor did not allow for his teachings to be paid, because, according to what he said: "Why am I going to collect that which divinity has given me for free?" This set him apart from many secret pseudo-societies that always turned hermetic knowledge into a kind of public merchandise.

One of the most daring tasks to which the V.M. Aun Weor dedicated himself, was none other than to unveil the so-called Great Arcanum A.Z.F. This Arcanum, illustrious reader, had been eternally guarded with great zeal by the Great White Brotherhood, and only this soul was allowed to make public the key to human redemption... There was the great secret of inner transformation!

By means of the said key, man and woman united by the force of TRUE LOVE, achieve the awakening of their inner faculties, which have been asleep for millennia, and reach the regions of the Spirit in order to truly know who God is, what God is like, how it is possible to know the so-called Angels, etc., etc., etc. This key was unveiled by this great Master in one of his first works that he titled DOOR OF ENTRANCE INTO INITIATION, and which was later republished under the name of THE PERFECT MATRIMONY.

Undoubtedly, the unveiling of the Great Arcanum provoked a total revolution in the field of metaphysics and of the established official religions, and it didn’t take long for them to described as IMMORAL the one who was revealing, for the first time in history, the secret of Hermes Trismegistus  for reaching the angelic kingdom...

When this Bodhisattva began to practice the secretum secretorum of Alchemy –sexual Tantra– with his priestess-wife, the AWAKENING of all metaphysical functions began in his occult anatomy, and this led him, hence, to connect with the Supreme Reality from which he had emerged in the beginning of this Universe. We speak, patient reader, of the relationship that was established between THE PROFOUND INNER BEING and that human soul called Aun Weor. The name of this GREAT BEING was none other than SAMAEL, and among its responsibilities is the regency of planet Mars as its Logos, and the control of the forces that produce earthquakes and volcanoes in Nature. The union with that Martian force occurred on October 27, 1954, inside a Summum Supremum Sanctuarium located in the entrails of the so-called Sierra Nevada de Santa Marta –Colombia, South America–.

Already united with SAMAEL, that Bodhisattva began to develop a highly superior series of topics, which at first, he doctrinally described as CHRISTMAS MESSAGES. Every New Year's Eve, he was delivering a new message to all the souls who were starting to become part of what this Master started calling the World Salvation Army.

Likewise, at that time, V.M. Samael Aun Weor proclaimed what would be the synthesis of his teachings, namely, the three factors that would provoke the REVOLUTION OF CONSCIOUSNESS in those souls who practiced them. The order of those three factors was established in this manner:

A. To die –for all that is illusory and worldly–

C. To sacrifice oneself for humanity –give drink to the thirsty, food to the hungry, teach the one who does not know, etc.–

Since then, he began to publish his works under the name of V.M. SAMAEL AUN WEOR. We can say, dear reader, that the doctrine of this Avatar of the New Age of Aquarius –which began on February 4, 1962– is extremely vast, starting with his more than seventy-five treatises already published in many languages of our world, and finishing with what we have baptized as The Fifth Gospel, which is none other than the compilation of many lectures that he gave while he was established in Colombia and then in the Mexican capital or Mexico City. All these lectures are of great ontological, philosophical, theological and metaphysical value. His last written work consisted in unveiling THE PISTIS SOPHIA –commonly called the Bible of the Gnostics–, a treatise that compiles the teachings that Jesus of Nazareth gave to the twelve apostles for eleven years after his resurrection. No one, absolutely no one, had ever unveiled this work, as the language in which the Nazarene discoursed with his disciples was totally kabbalistic and only a BEING who had awakened the FACULTY OF ENLIGHTENED CONSCIOUSNESS could have understood and explained it for the common mortals… This is the terrible reality.

It is for all these reasons described above that those of us who love Gnosis nowadays, or the Samaelian Gnosticism, prostrate at the feet of this Logos-Man, or Intimately Self-Realized being, in order to follow in his footsteps thanks to the trail of Light that he has left us, and be able to get to know in depth that great mystery that we continue to call GOD...

"At this time and forever, my dear brothers, I renounce and have renounced, and will continue to renounce to copyrights. My only wish is that these books are sold at a low price, within the reach of the poor, within the reach of all those who are suffering and crying! May the most unfortunate citizen be able to get this book, with the few pesos he carries in his pocket!"
Samael Aun Weor - Guadalajara, Mexico, 1976

Find the teaching of the
Master Samael Aun Weor here

The digital magazine of AGEAC